Last Christmas in Paris: A Novel of World War I by Heather Webb

In this wonderfully written novel, I traveled back in time to 1914. England, Evie Elliott waives goodbye to her brother, Will Elliott, and their childhood friend, Thomas Archibald Harding, who have joined English army and now heading to France. As soon as the famous duo leaves Elliott’s estate, Evie runs to her brother’s desk and starts a very first letter and in our case a very first chapter of this wonderful book.

First letters are long, bright, happy, full of jokes and hopes that the war will be short lived and will end by Christmas, that they plan to spend in Paris. Little did they know that this horrific war will last four dreadful years.

As years go by, the amount of letters decreases, and so it’s content. Tom’s letters are full of horror stories of war and Evie’s – of encouragement and hopes for a better future. Both Evie and Tom loose close family members during this dreadful time. But life goes on, and so is war. People are looking for ways they can help each other and their army. Besides making new clothes for the soldiers, women are now taking over the jobs that were done by men before the war. Evie becomes village mailman, her friend Alice takes nursing training and goes to France to help their British army. In spare time, Evie starts to write a column for a newspaper that is owned by Tom’s family. During this time Evie also realizes that she has fallen in love with Tom, and Alice encourages Evie to write him a love letter. Evie follows her friend’s advice, but the letter gets lost. It will take long 2.5 years before it will find it’s way to Tom.

This is a wonderful love story that survived the Great War.

“Last Christmas in Paris” deserves more than 5 stars. This marvelous story is told primarily through letters and telegrams, has a splendid set of characters, and a fascinating plot that unfolds very quickly. 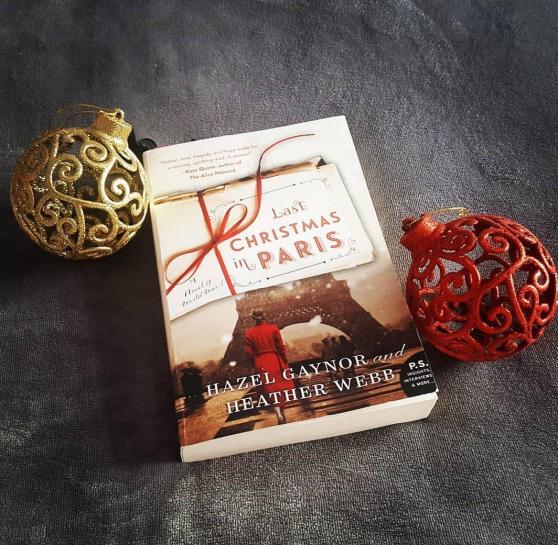 View all my reviews

2 thoughts on “Last Christmas in Paris”

#Friendshipped is a cute romance. Lexi and Trevor's friendship was unique. Although I loved their bond, I felt that Trevor was the only person who made multiple attempts to shift their friendship into romance, while all Lexi had ever done was drool over her hot best friend. Overall, it's a fine romance, with great writing, and an idea of the plot, and I absolutely enjoyed the sarcastic dialogue between the characters. If you're a fan of Hallmark movies and corky romances - this novel is for you.
#AlwaysReading
#TheBlackoutBookClub by #AmyLynnGreen is a beautiful, heartwarming story. A group of people from different social circles bonds together over the love of reading. Although the time of the novel takes place in the middle of WWII, our characters are placed in the safety of the little town of Maine.
#BookCollector
Just thinking of #LittleDarlings gives me full-body chills. In all honesty, I wanted to stick this book in my freezer during the first chapter. But, I am glad I continued to read it thru my fears. I believe Lauren was misjudged with zero support from her partner. This is not your typical happy ending story. The finale left me dazed for days. This novel would be perfect for SyFy and horror folklore lovers. Nevertheless, in spite of the fact that it is not my typical genre of reading - I've enjoyed the story and would consider #MelanieGolding novels in the future (but not very near future, that's for sure).
#Reading
#IfYoureReadingThis is a great suspense story, however, I have expected more. #KierstenModglin style is like no other, the finales of her previous books have left me with my jaw hanging. It's not that I didn't enjoy this read, in the end, I simply didn't feel amazed by the final twists of the story. Overall, it was a fast-paced read with a thrilling storyline.
#AlwaysReading
Post war publishing world meets Jacob Happelmen with a new challenge. Ever clever writer is able to write himself into a new and quiet successful career. But the road he took to get there and relationships he has made to help him reach the rise of his career are under thorough investigation. And once famous author is about to get famously punished.